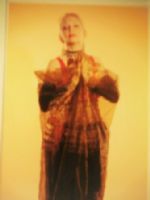 I have been dancing and performing since the age of 3. Following the birth of my son I started belly dancing. By using the dance exercises and movements, I was able to regain muscle tone and strengthen my abdomen flexibility. This led me to share with others and my dance classes began. I have studied varied forms of dance in tap, ballet, lyrical, jazz and adore belly dancing. I prefer a gypsy style in that we borrow bits and pieces from all cultures to interpret our intentions. I believe belly dancing re awakens the divine feminine energy, physical self awareness and connects one into the harmony of the universe. The energetic conversation between dancer and audience is magic! I am delighted to be using belly dance to express our freedom in life. It is personally strengthening the use of our feminine energy in raising donations to benefit domestic violence victims.